The Lyngen Alps Landscape Protected Area contains some of the most beautiful nature in Norway. The prominent alpine area stands out from the pack with its majestic peaks and distinctive glaciers.

The main reason for the many glaciers is that the alpine mountains function as an efficient barrier collecting moisture from clouds. If you are keen to experience one of the glaciers, we recommend hiking to the Steindal Glacier in Storfjord. Read more about the Steindal Glacier.﻿

In recent years, the steep mountain peaks have been a magnet for those seeking challenging nature-based experiences. In summer, mountain climbers from around the world are attracted to the Lyngen Alps to climb the steep mountain peaks. For those who prefer lower elevations, there are a wide range of routes are interesting areas to explore.The Lyngen Alps have been named as Norway’s best destination for summit ski climbs in winter. The reason for this is the unique combination of steep mountains right beside fjords. The Lyngen Alps offer good snow conditions throughout the winter, enabling shorter and less demanding ski trips through to longer and more challenging expeditions.

High mountains and narrow valleys on the Lyngen peninsula

The Lyngen peninsula is virtually divided in two at Lyngseidet by the Ullsfjord, an arm of the fjord in Kjosen. The alps are bisected by several narrow valleys that are relatively easy to hike in.Most of the protected landscape area lies above the tree line, and it has immense natural value as a reference area for glaciology and quaternary science.

There is little animal life in most of the alpine areas, but there is a rich and varied bird life in the valleys and forest areas. The peninsula has an extremely varied population of birds of prey that hunt by day, while all eight of the owl species in Troms County nest here.The area is a summer grazing area for reindeer, while moose may be found in most parts of the peninsula. Large predators are uncommon on the peninsula, but stray wolverines and lynx are regularly observed. Arctic char is the dominant species in the peninsula’s many small and medium-sized lakes, while there are also populations of trout in some of the lakes.There are many areas in the Lyngen Alps with serpentinized gabbro. This is often visible from afar due to the reddish colour. These areas have a distinctive flora, and often include many species of carnation.

The Lyngen Alps have long been known well beyond Norway’s borders. The area became a destination for boat tourists from abroad in the second half of the 19th century. Groups of hikers and mountaineers started visiting from the mid-1890s to climb the high peaks.The traditional use of the Lyngen Alps has been based on a combination of agriculture and fishing. Consequently, there are many relics of culture illustrating the Sami, Kven and Norwegian culture and history. If you follow the marked trail to Lyngstuva, you will find several signs and information about the various cultural heritage sites. Read more about the route to Lyngstuva.

Purpose of protecting the Lyngen Alps

The Lyngen Alps landscape protection area was established in 2004. The purpose is to protect one of Norway’s most distinctive mountain areas, which includes glaciers, moraines, valleys and geological deposits with the biodiversity, cultural heritage sites and the cultural impact that characterizes the landscape. The protection status is designed to prevent interventions that can significantly change the nature of the landscape.Protecting the natural basis in the landscape protected area is important for the Sami culture so it can be used as a reindeer grazing area.

The provisions of the Outdoor Recreation act apply to access to protected landscapes. You may access the protected landscape on foot and are entitled to take part in traditional and basic outdoor recreational activities, providing these don’t involve technical adaptation or conflict with other legislation.The nature conservation rules don’t replace other acts and regulations, but apply parallel. The most important point is that all access must occur carefully with consideration for the vegetation, animal life and cultural heritage sites.

Getting to the Lyngen Alps

You can choose to fly to Tromsø then rent a car or take the bus to Lyngseidet. Turn off the E6 highway in Storfjord and follow route 868 north towards Lyngseidet, then choose between several minor roads on both sides of the peninsula, in addition to the eastern side north of Koppangen.There are also several ferry departures daily between Olderdalen on the E6 and Lyngseidet.

For questions concerning administration of the protected area, please contact Oddrun on +47 909 30 802, send an e-mail to [email protected] or visit her office. 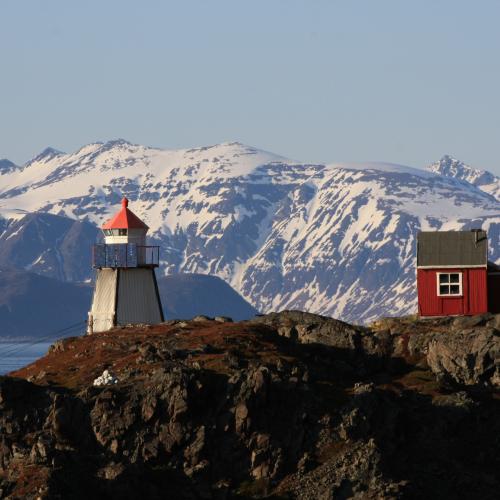 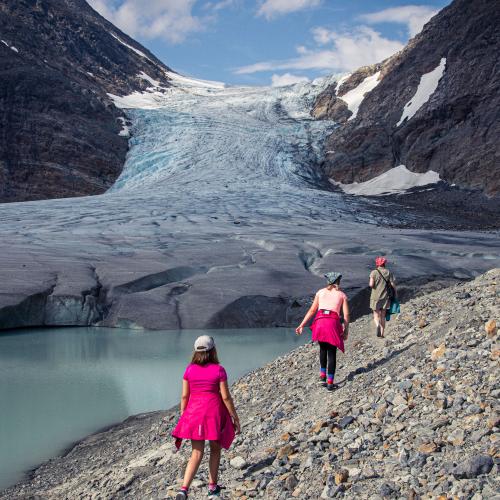 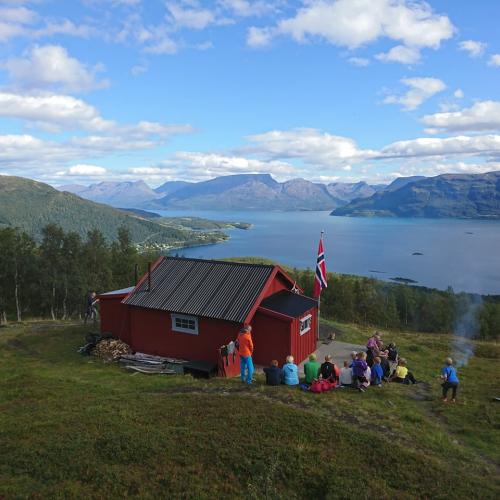