The Årøybukt coastal fort is located approx. 12 km north of Lyngseidet. The coastal fort was built during the Second World War and forms part of the Lyngen Line, which aimed to stop anyone who entered Norway. After the war, the Norwegian Armed Forces took over the coastal fort. A lot has been invested here in underground passages and tunnels.
Click here to book a guided tour of the old NATO bunker.

Årøya is the only island in the Lyngenfjord and has probably been inhabited or visited since the Iron Age. The ruins on the island bear witness to several centuries of farming, trade, and defence activities.
The island was bought by the Armed Forces in the 1950s and a traffic ban for civilians remained in place on the entire island until 1 July 2006. Read more about Årøya: https://nordligefolk.no/aroya-aroyholmen/ (in Norwegian only) 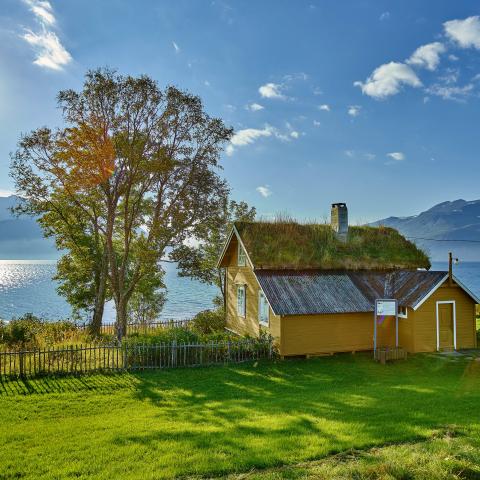 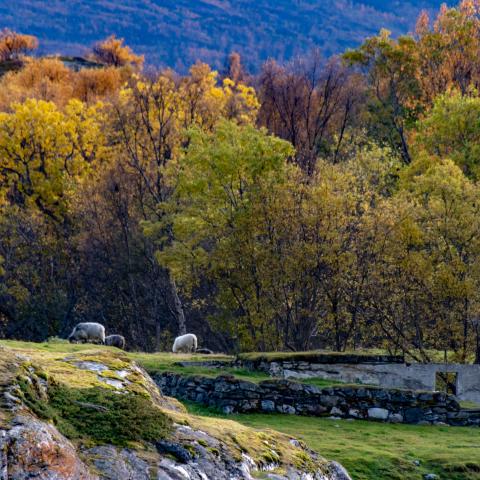 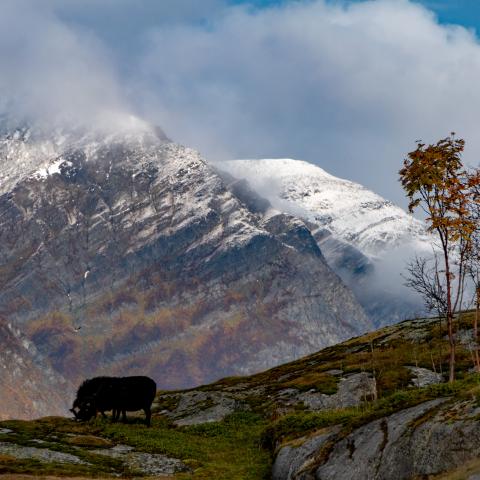 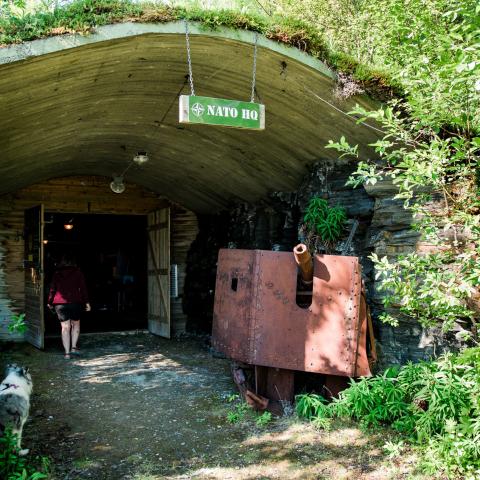 Lyngen was one of the places resistance fighter Jan Baalsrud stayed during his daring escape through the occupied North Troms in the spring of 1943. You can visit a small exhibition about Jan Baalsrud at the community centre in Furuflaten featuring gems such as his skis and the rudder of MK Bratholm.

If you want to follow in the footsteps of Jan Baalsrud, you can book a guided tour around the Lyngenfjord and visit old Årøybukt coastal fort, the exhibition at Furuflaten, Hotell Savoy, the Gentleman Rock, the Baalsrud Cave and Jan Baalsrud’s burial site at Manndalen Cemetery.
Click here to book guided tours.

Peter Wessel Zapffe is regarded as one of Norway’s most significant philosophers. He was an author, philosopher, lawyer and mountain climber.
After completing his law degree, he returned to his city of birth, Tromsø. Over the next few years, he had the first successful ascent of more than 20 mountains, including some in the Lyngen Alps.

A café named after Zapffe has been started at the ferry quay in Svensby.

Gamslett is a typical fisher-farmer homestead that can be dated to the 18th century. The settlement in the area around Gamslett dates back even further. Written sources tell us that the first people lived here in 1569 and that the farm had permanent residents in 1610. Four of the settlers were named Svendsen.

The fisher-farmer culture was a common way of living in North Troms until the 1950s. People lived off what the land could provide in the different seasons. The most common was a combination of fishing, farming and gathering natural resources.