The Lyngen horse of North Troms

The Lyngen horse (Lynghest) has a gentle temperament and is adapted to the climate in the north. It is also known as the Nordland horse, an extremely old horse race. But it is far more than horse. Many regard this little, strong horse with a clear personality as a symbol for bearing the identity of the people of the north.

The Lyngen horse was the work horse of the Vikings and throughout history it has been a natural part of the daily life here in the north. The history of the people and the horse are closely linked, and neither Northern Norway nor North Troms would have been the same without the faithful efforts of the Lyngen horse.

The origin of the horse

A large degree of mystique still surrounds the origins of the Lyngen horse. Icelanders believe this North Norwegian horse race is an ancestor of the Icelandic horse, and it is highly probable that it is related to horse races from Finland and from the border areas between Central Asia and Russia.

The famous conqueror Genghis Khan and his Mongolian horses are often a topic when the origins of the Lyngen horse are discussed. Historical sources indicate that people from Mongolia travelled to the Baltic region and returned with large herds of horses. It is believed that some travelled all the way north to the sea.

The history of the horse around the Lyngenfjord

The Lyngen horse is small but sturdy. It can carry heavy loads and over the centuries its characteristics have become well adapted to varying terrain and tasks.

With its strength and distinct personality, the Lyngen horse has helped the people of the Lyngenfjord with heavy farm work.

The Lyngen horse has an important part in the history of North Troms and the wider region, as buildings and other objects are seldom used to illustrate the history since so many of these were destroyed by fire during World War II.

The Lyngen horse now numbers 2,000 - 2,500, which are used for everything from show jumping and dressage to trail riding. But this has not always been the case.

The introduction of machinery on farms meant that farmers no longer had the need for work horses. This led to the race almost disappearing, but thanks to good helpers and the horse's good qualities, the Lyngen horse still exists today. 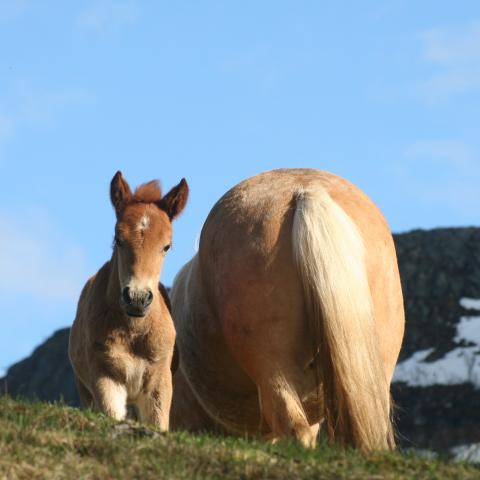 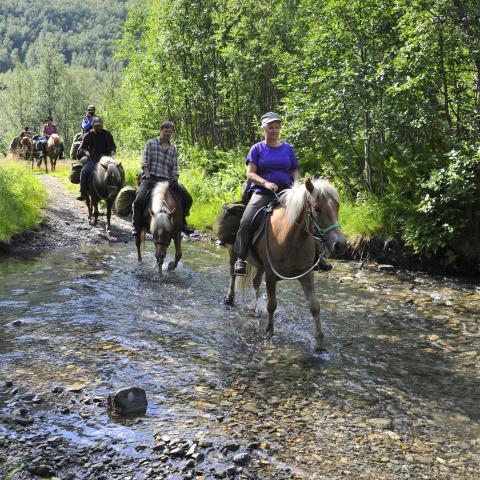 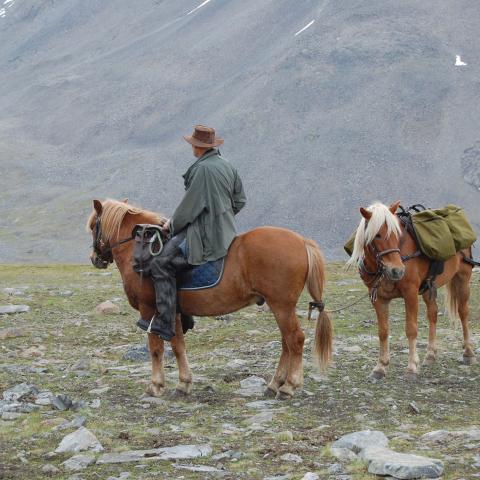 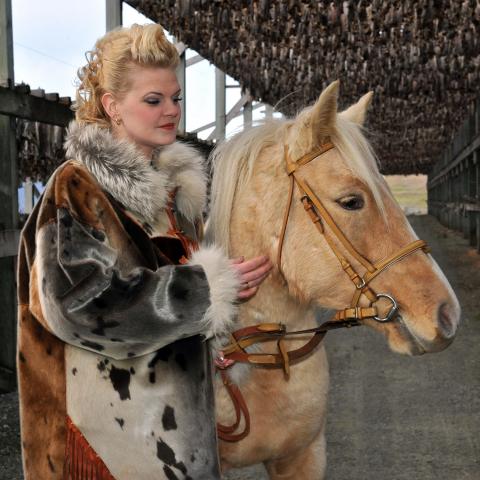