Situated at 69°North, far within the Arctic Circle, Aurora Spirit produces handcrafted spirits based on arctic ingredients. Surrounded by the Lyngen Alps, nearby fjords and with views of the arctic wilderness and Northern Lights, the setting is truly stunning. As if the environs were not enough, the workings of the distillery are no less intriguing. It was built within a disused NATO Cold War base, and the maturation of its whisky takes place within its network of underground tunnels and bunkers.

The distillery's spirits are bottled under the Bivrost brand. Bivrost, a word that dates back to old norse, is based upon 1000 year old Viking legends about the northern lights. The old vikings named the northern lights “bivrost” – which directly translated means “shaking road”. They thought the northern light was a pathway for the gods between Midgard and Asgard.

You can read more about the production of arctic spirits at www.bivrost.com

The distillery is open to visitors, and offers guided tours and tastings.

Price for guided tour:
NOK 299 per person, including a complimentary tasting glass

The visitor centre and distillery are disability-friendly.

Read here what others are saying about Aurora Spirit Distillery.

Keep updated on what is happening at the distillery on facebook.

NB! The visitor Centre is closed during the months of May and September

During the Arctic Whisky experience, one of our qualified staff members will guide you through the process of Arctic Whisky production.

You will gain an insight into the mysterious past of Viking Age drinking customs, making moonshine in Northern Norway and learn about hi-tech alcohol production on top of the world. During this exciting guided tour, you will see, feel and smell Arctic ingredients.

The full tour includes a complementary tasting glass and a small tasting of selected house spirits.

After the tour, you have the option of buying more tastings, taking a stroll along the Arctic History Trail or simply enjoy the view!

Spend a full day visiting the Worlds Northernmost Distillery! We have pre-packaged an exciting day including transfers, complimentary tastings, guided tour, and lunch. During the visit you will learn about the process of making whisky in the Arctic. Great views, local tastes and interesting facts guaranteed!

The Whisky Tour will be given by a qualified staff member who will guide you through the process of manufacturing various types of spirits such as vodka, aquavit, gin, but with a main focus on whisky. You’ll get a glimpse into the mysterious past of Viking age drinking customs and learn about hi-tech alcohol production on top of the world. During this exciting guided tour, you will see, feel and smell Arctic ingredients all used in our production. 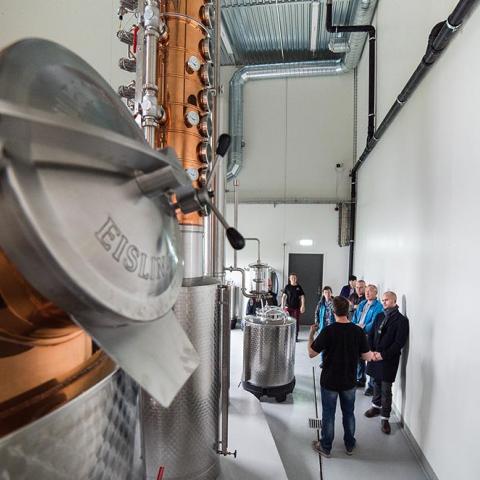 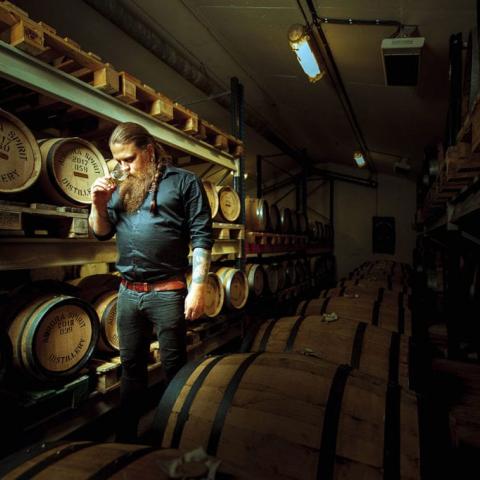 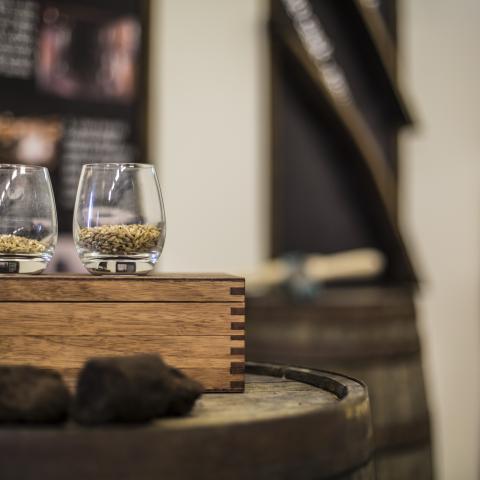 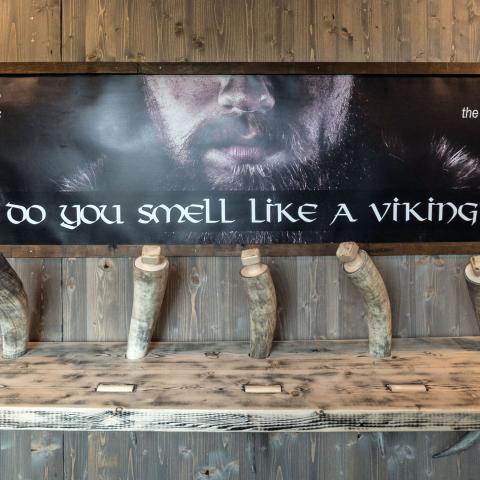 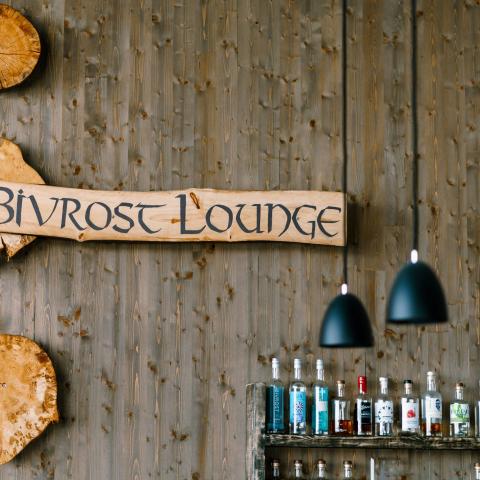 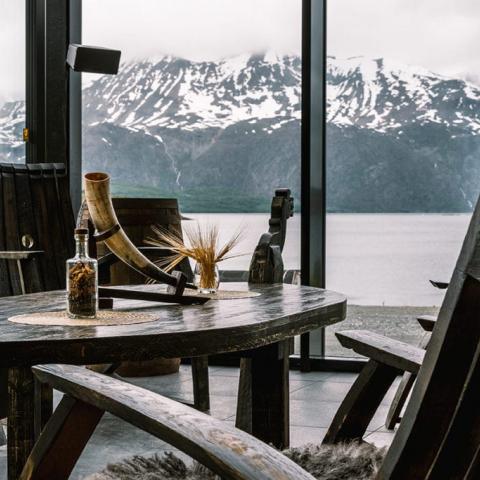 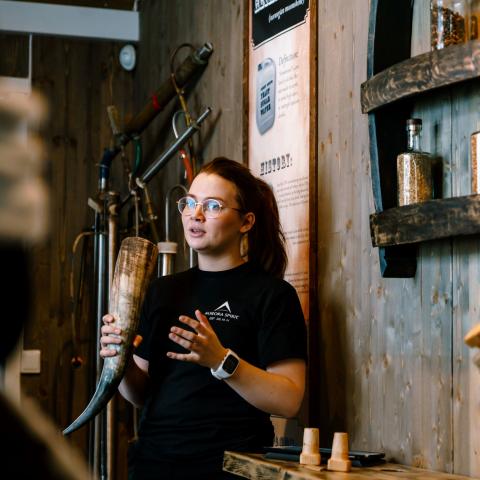 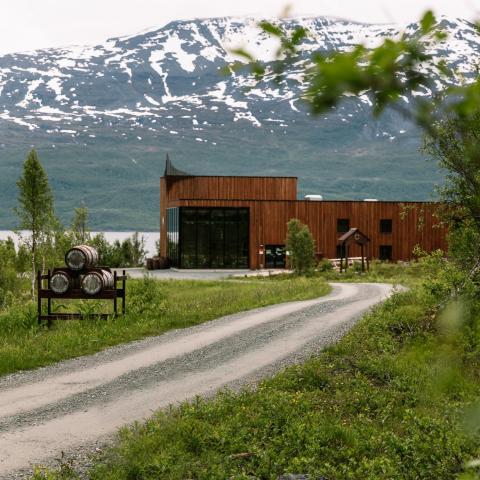